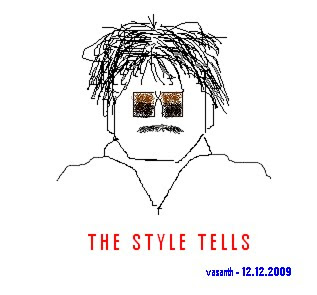 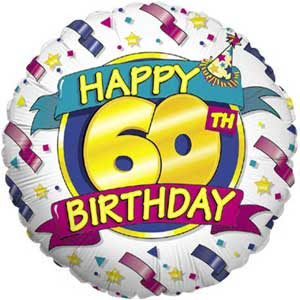 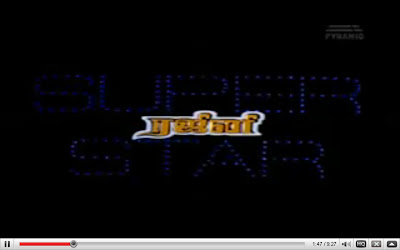 Let the Almighty continues to give thalaivar the needs he required and what he could handle best. 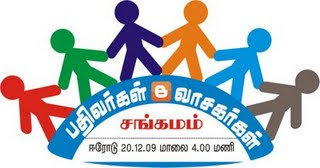 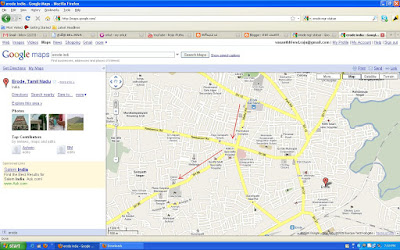 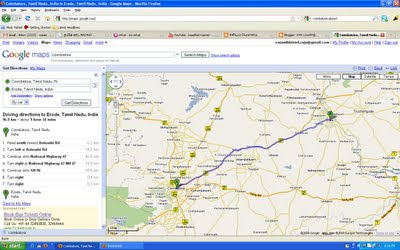 Now what I say to you!
Your eyes when touch my heart!
Now what I do to you!
Except, share my world with you!

You are not in here, but
My thoughts all in your near!
The time makes me to leave you,
When we see, say you!

I search you in the garden
In the sky, In the tars, In the rain..!
You're not in these things,
They lost their wings..!

When you search in the air, you hear
My long live sad in my tears!
When we meet in any time!
There is no words to talk with us.!

When my legs go to the heaven,
My thoughts want to touch you!
When the fire burns in my body,
The eyes want to see you, only you..! 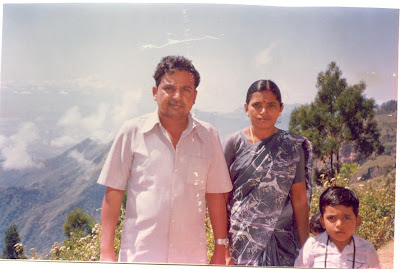 The following was what happened, during my last visit to India. It was my first visit too.

Hai, I am John. I run a medium level computer company at Westbourne. Apart from looking excel sheets and worrying about the shares, I have one more activity which boosts my spirit. Travel. I love traveling. I visited enough countries where euro gets accepted with a smile. I experienced a lot in the lands. Once I was in Congo and swam over the waves of Nile, I was a bit escaped from a gun shot. At Afghan, I met a wonderful friend named Mr.Rasoul. Even now, he sent mails frequently.

The idea of visiting India came from one of my off-shore partner Mr.Dinesh Chawla. He runs a small software developing company with less than thirty employees at Gurgaon. After some casual chats, we came to a plan that I have to visit his company and design our strategies for the next year. And I could travel as per my wish.

My preference was Kanpur. Surprised..?

The very first thing, which I came to know about India, was neither Mahatma Gandhi nor TajMahal. It was the 1857 Indian Mutiny. My mother told me about that very long back. I never forget her lines, "Honey..! This picture was my grandpa Mr.William Atkinson. Your great grandpa. There was a country named India. Once it was under East Indian Company rule. He was a soldier in an army troop at Kanpur, a small town then. On 1857 there was a mutiny happened. At that time he was killed by an Indian chepoy." He was sitting on a chair in that old picture. His eyes showed the power.

Clearly, the story of my ancestor getting killed in India didn't make me to think about my decision twice. I tried to learn some Hindi words. I searched some websites to know about India. And, I traveled to Delhi last July.

The conveyer belt in Delhi International Airport, sucked. It didn’t roll for a long time. I turned around and found my package and took all my travel accessories. After getting out of the security checkups, I called Dinesh. He was waiting for me at the lounge. After greeted ourselves, we walked out of the centralized AC building. Immediately I was caught under the hard and hot hands of Mr. Sun. Suddenly I thought about my g.grandpa who worked under the same sun, one and half centuries back.

After two days of official meetings, I started to travel towards Kanpur. Dinesh could not come with me, since his mother was serious at that time. One of his office mates Mr.Varun Malhotra accompanied me. He was a young man. We traveled by a tourist cab. He talked a lot. And slowly he delved into sleep. I was awakening. I stopped the cab often, to take enough good snaps of the sceneries around us.

Agra was on the way. But I was more interested on a well which succumbed enough of British dead bodies of ladies and children than a huge building for a single queen. So I skipped it. Now the well wasn’t there at Kanpur. Instead there was an 'all souls church'. I wished to pray there for my ancestors.

When we reached Akbarpur, the cab broke down, unexpectedly. The A/C was getting off. Varun got up and he himself getting sweated immediately. No need to tell about me. He enquired the status of the cab and the driver replied. From what Varun told, I came to know that the cab won’t move within two hours. Damn..!

I got out of the car. The town was getting fried. And a foreigner is always an attractive specimen. The children, the walkers, cyclists and the old men who sat idle in the shops looked me. The driver dived into the engine. Varun checked his mobile to arrange another cab or scolding the cab owner, I didn’t know. It was dead. He went to search for a PCO box. At that time, a cyclist stopped his cycle near to me and stared me closely. Was I looked to him as an actress..?

"Hai..! I am Nandalal. I am a school teacher. If you can’t bear the Indian heat, you can come to my home for some time to take a little rest..!"

"Hai..! I am John from England!" I replied. We shaked our hands. His English was broken. Yet I understood that. I couldn't refuse the offer for two reasons. First thing, as he told I couldn’t stand under this raging sun. Second, the traveler inside me instructed, to meet different people. I looked for Varun. He wasn't nearby. I joined him. I took my camera and sat the back of the cycle. Oh..! my back..!!

His house was a far outer from the NH91. Three cows were standing there sleepily inside their own kettle. By seeing us, within a second a small crowd came and surrounded his home. Isn't a rare scene that a Whiteman was sitting behind a bicycle and their neighbor riding it?

We entered his home. The windows were open and filled with faces enough to block all the sunlight and flies, tried to come inside. His wife and children were standing and staring me with a shy.

"Sorry..!" He told to me and told something to the neighbors in Hindi. The crowd slowly vanished. I started to look the house.

A TV stand was there. Some dance was running in the TV. Some books were present. Some goddesses were hanging on the walls. A tube light was blinking. A fan was trying to revolve but failed considerably. "Low voltage..!" he told. And, I saw a lengthy knife was framed and kept on high.

I looked that with interest. He came with a plate of sweets and glass tumbler of water. He noticed my looking and told, "It was one of our ornaments from the past. My ancestors used it during the wars in ancient times. Lastly it was used by my great grand father during...! Please take the sweets...” he sat in a nearby chair.

I got that he didn’t complete the sentence. I asked," Can you tell me where it was used lastly..?"

Now it was my turn to be silent. Then I told, "Dear Nandalal..! Do you know one thing..? My name is John Atkinson. My great grandpa was a soldier in a British army troop during that time. He was killed then..!"

Nandalal was shocked. "Are you related with Atkinson..?” I nodded. "This knife was getting bathed with a river of blood on that fateful day. It might touch your grandpa too..!"

Uneasiness surrounded us. The situation was so dramatic. The third generation of two enemies fought for their own kingdoms, met in a dry July month. From somewhere, the sound of a crow flying came. The dusk was approaching.

"Mr.Atkinson. I have a gift for you!" He told and went inside of a room. I saw the nearby one. One of his children smiled. I called him. He looked his mother's face for approval. She nodded. The boy ran towards me. I wondered how the children in India respect their parents.

I took him and kept on my lap.

"naam kya..?" I learnt some words before starting to India.

"Krishna...” the voice was so powerless.

Nandalal came with a box. It was very old. Layer after layers of dust were present on it. He opened it slowly. The noise itself told that inside of the box got fresh air after so many years. He took a small box. He opened it. A small ring was present there.

"Mr. John Atkinson! This ring was your grandfather's. The name 'Atkinson' was present on it. My grand father robbed enough of prosperity that day. I suspect he had stolen from your grandpa after killing him. It was a sin carrying this with us. Now today is the day which our sin gets vanished. Please take this..!"

I was dumb struck.

This was their property. My countrymen came here to do business and then captured the entire nation. They robbed India for more than two centuries. The entire wealth ness generated here was taken to England’s wellness. But this poor school teacher tried to return what his grandpa looted from mine long ago.

Is this the one which makes this country sustain for her entire history..? Does this humanity of her children make her alive under all her invaders? Is this Indianness, the world has to learn?

Yes, here the mobile didn’t work. The land was as hot as the sun attacked directly. The roads were damaged. The poverty was high. But the humans are there. The real humans, who respect the other men, lived there. I read about Gandhi. But, no way could I see him. There, I have seen the ideology of Mahatma in Nandalal. If India was filled with Mahatmas, who will win this country..?

I felt, my eyes were wet.

I told, “Dear lovable Nandalal..! I was grateful to get this ring from you. You really proved, you are a real son of this country. I respect that. But I can’t take this ring. It must be yours..!"

"No John..! This was stolen one. After I found the owner, how can I keep it further? Please take..!"

I took his son Krishna and opened his right hand fingers and kept the ring. Then I closed his fingers. "Now I gave my property as per my wish..!"

Nandalal was silent. Small tears rolled on his cheeks.

After half-an-hour, I reached the same place where I left NH91. Varun was searching me. And then he was happy after seeing me. We entered into the cab. I waved my hands to Nandalal.

"Ok..! Driver, please go fast to Kanpur, so that we can reach it before night..!"

I told peacefully, "Varun..! Let’s return to Delhi. Now, there is no necessity to see churches. I have seen the godness here itself...!"

He stared me with enough confusion.


A Highly Corrupted Mind in its purest form writes the lines come across its way, here.

Allow it to travel Mysterious Lands and do Miracles by its Mischevious yet Mystic Methods.